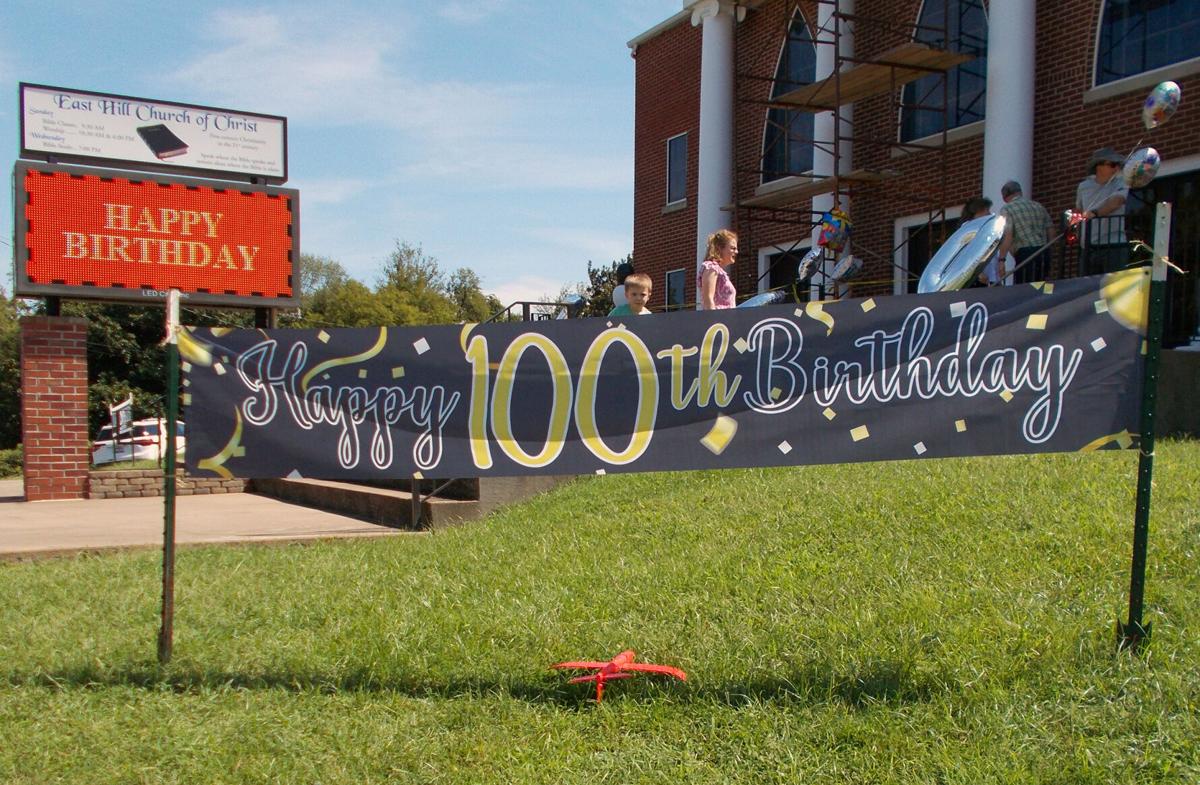 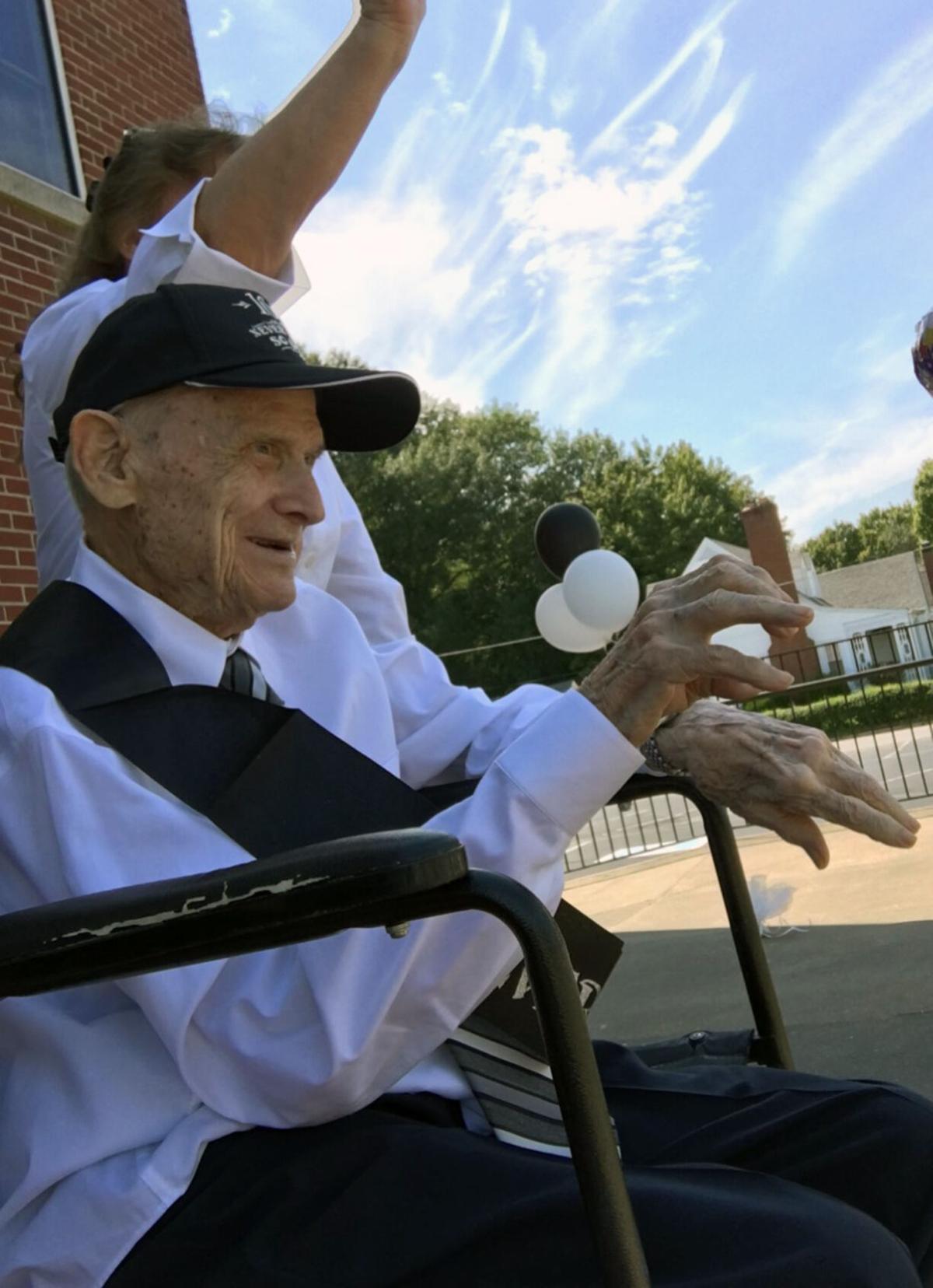 Centenarian Duane Griffin Rost waves at those who drive past to wish him a Happy Birthday. Rost turned 100 Sept. 4 and his family organized a parade to mark the milestone.   Submitted

Duane Griffin Rost, a Pulaski Citizen who marked his 100th birthday Sept. 4, had a birthday celebration for the ages.

The centenarian waved as his smile stretched from ear to ear to those who drove by during a birthday parade that his family arranged for this special commemoration.

After graduating from Pulaski High School in 1938, Rost started his lifelong career in the family-owned business at Rost Jewelers, working at the jewelry store until 92 years of age.

“He always treated every customer with appreciation for choosing to shop in the family store,” daughter Jan Rost said.

With the exception of Rost’s years in the Army Air Corps, where he served as a sergeant during World War II in the Aleutian Islands, he dedicated decades to the family business. Those are not, however, the only attributes that stand out in his life.

Rost was married to the late Mary (Elise) Abernathy Rost for 65 years. Jan recollects with humor her parents’ 50th wedding anniversary when a guest rented a chicken for an hour to give to the couple as a gag gift.

“When the package was handed to mom, her eyes got wide when she realized that something was moving in the box.

“She quickly handed the package to dad,” Jan continued. “Both of them got a big laugh out of that one!”

The idea for that gift was hatched from a present the newlyweds were given 50 years earlier… a live chicken. During that era, because chickens were scarce, this was thought to be a considerate gift. They greatly appreciated the gift, which Rost’s grandmother prepared and cooked for the next Sunday’s dinner.

“He was a loving husband and is still setting a fine Christian example for his children,” Jan added, recalling that, as young children, her father always tucked them in with a bedtime story each night.

Being baptized on his 16th birthday and becoming a Christian, Rost perceives his most honorable achievement to be his servitude to the Lord. This would include being a charter member of the East Hill Church of Christ, serving as an elder for 27 years, a song leader for the congregation for 42 years and instructing Sunday school and Wednesday night Bible class for several years.

While in the East Hill Singers Group, Rost sang at numerous funerals. He was awarded, at the age of 96 years, a trophy for being the eldest male singer at the Diana Singing.

Rost has had many hobbies and interests. His fascination with trains and old cars included a Model-T Ford he purchased for $12 that he restored while courting Elise. His love of reading includes the Bible, Biblical commentaries and current news.

With an interest in Civil War history, Rost frequented Civil War landmarks. His fondest trip was to Gettysburg, Penn., to research where his great-uncle Charles Rost fought for the Union.

Other hobbies included hunting, fishing, working in the yard with plants, listening to classical music, playing the piano, which Rost could play by ear, and making dilly bread.

“He made the best dilly bread you ever put in your mouth,” Jan said. “A whole-day endeavor!”

Sam Smith: Lady Gaga helped me come out as non-binary