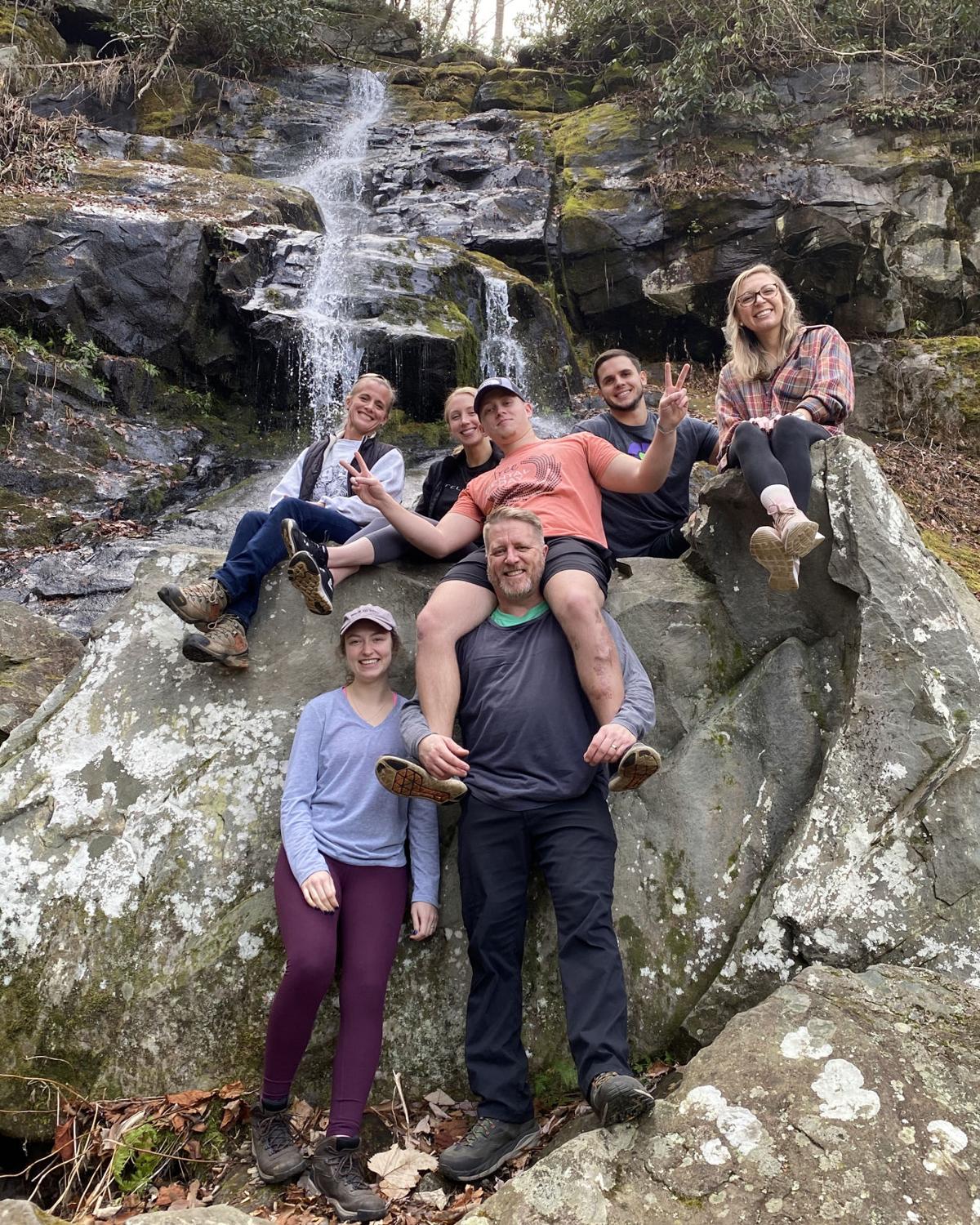 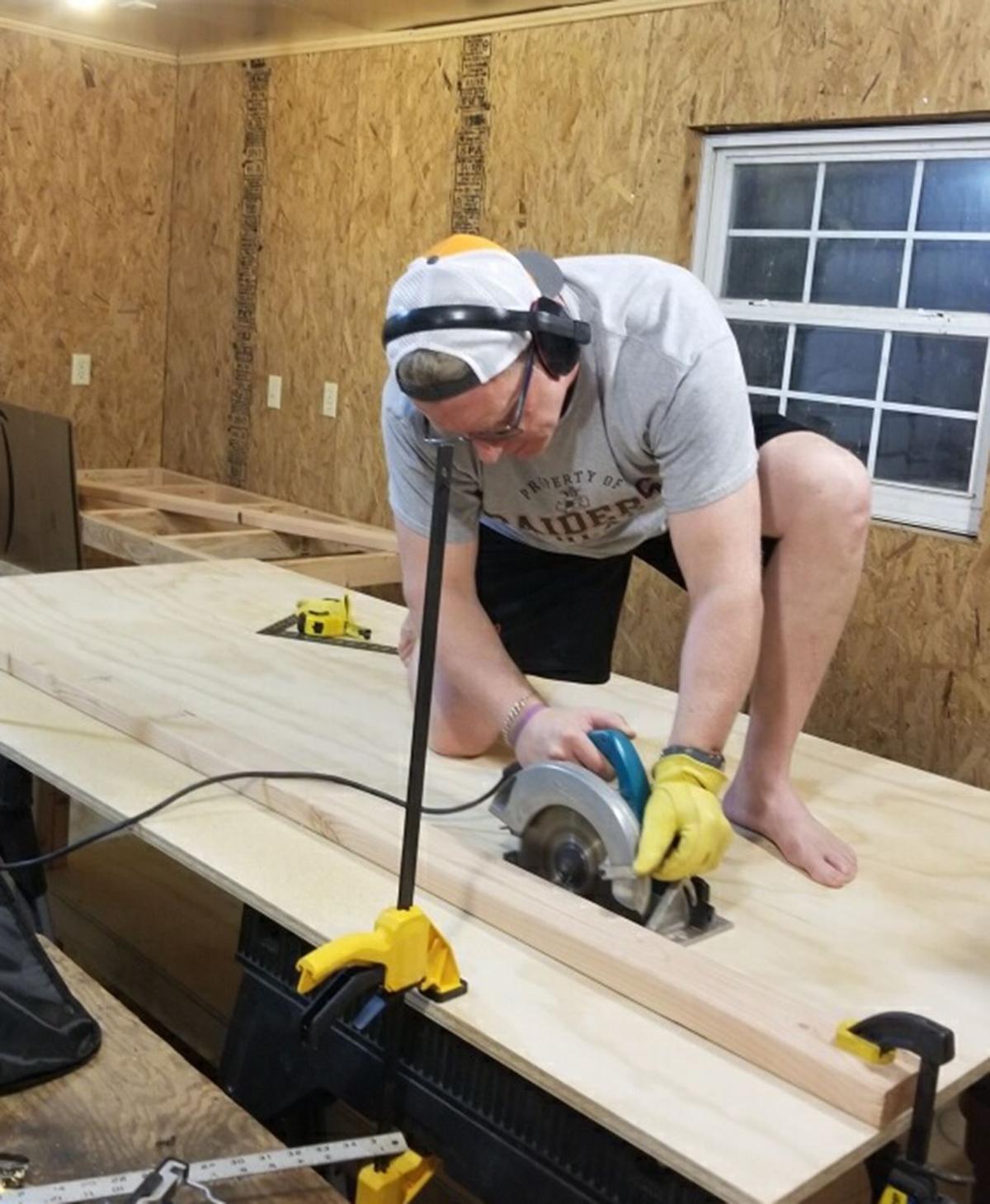 In what has become a divisive time in American culture, it can be difficult for community leaders to set aside differences to work for common goals.

However, First Baptist Church senior pastor Tony Gomillion has reached across theological and cultural divides to love his community and its people in the 10 years since first calling Pulaski home.

“Tony has a heart for unity,” said Second Street Church pastor Jeff Jenkins. “His Kingdom view is much broader than First Baptist. His view encompasses all Christians working together to accomplish the great commission and introducing everyone to Jesus, especially in this community. CB Outreach, Convoy of Hope or just another church partnering with his to spread Jesus — he’s always willing and leading the way.”

Gomillion grew up in eastern Tennessee before attending the Air Force Academy in Colorado Springs, Colo., where he met his future wife, Melissa.

“Once I sensed our relationship moving in the direction of marriage, I decided to go into Logistics, a more versatile and flexible career field, that would increase the chance of a joint spouse assignment,” Melissa said. “Unbeknownst to me, Tony decided to turn down his pilot slot because, he later told me, he wanted a career to support his family, not a family to support his career.”

The two were married and had three children, Sarah, Nathan and Bethany, before feeling the call to FBC where they became not only a part of the church but the local community.

Tony’s decade at FBC has seen the church take a more outward facing vision with missions partnerships with churches in the U.S. and abroad, including The Church in the Village in Carlisle, Ohio, as well as efforts in Oaxaca, Mexico. In the local community, the church purchased the old Cee Bee Grocery Store building and chose to create a community project known as the “CB Outreach” that has brought various denominations together to best serve and minister to Giles County, despite different theological backgrounds.

“Tony has been a Kingdom of God visionary for the CB Outreach,” said former First United Methodist of Pulaski pastor Lee Stevenson. “As we became friends, our theological differences became a non-issue, to being a place of common joking. Because we are both in Christ, we were able to laugh and joke about long prayers, written prayers and how much water to use at baptism.”

Tony can be found throughout the community lending a helping hand or just sharing life with those to whom he ministers, whether it’s his role as chairman of the Pulaski Regional Planning Committee or as a vocal supporter of Richland High School sports where his two youngest children played soccer.

A rigorous planner, the local pastor can seem stern at times, but those who are closest to Tony know him as a friend who always has a moment for those in need and who deeply cares for his fellow church members and community.

“I’ve had the opportunity to work for a few different pastors, all well-intentioned and a heart for what they are called to do,” said FBC children’s minister Andrew Maddox. “But none of those men have been a true friend to me like Tony has been. We have cried together, laughed together and prayed together. His friendship to me is something I needed three years ago when I moved to Pulaski to join the staff at First Baptist Church.”

While a pastor’s job is 24/7, Tony’s family said he still finds time for both relaxing, and sometimes not so relaxing, hobbies with his family.

“The kids and I see a side of Tony that most people, except close family and friends, may not see,” said Melissa. “Tony actually can relax and slow down when he is at his family’s lake house or a similar environment. He is an avid water skier and wake-boarder, and he is not afraid to try new ‘tricks’ and ‘stunts,’ even at the age of 50.”

Other hobbies include the pastor’s love of motorcycles, outdoor activities and even tandem jumping with his son, Nathan. However, competition can bring out another hidden side of Tony, according to his son.

“There are only a few times I can ever remember him getting red-in-the-face mad, and those times were when he’s played golf,” Nathan said. “Neither one of us are good at golf, but on one particular day he had some serious communication problems between his clubs and that ball. After losing a few balls in the rough, a few more in the trees and a few in the water, I could see him praying to God for patience as he whiffed the ball off the tee-box next to a creek. As he walked up to the ball with rage, he placed his stance, adjusted his club, and sent the ball with terminal velocity into the creek. He responded by clutching his club and beating his golf bag with murderous intent and, I assume, decided to quit golf forever because we have not been since.”

But joking aside, Nathan added that his dad is the “realest,” most transparent man he has ever met. Behind-the-scenes moments where Tony toils to practice his Spanish in his spare time to better serve on mission, or taking time after a long day to help his son handcraft a crib to welcome his first grandchild, Paislee, speak to the selfless man and devoted father figure he is both to his own family and his congregation.

“I could not have a better role model for what parenting should look like. If I am even a quarter of the man he is, I will have no problem stepping into the role of father,” Nathan said.

Tony’s daughters also had fond memories of their doting father, whether it was Sarah’s first dance with her father at her wedding, or a more jovial memory about a family hike from his youngest, Bethany.

“I had decided that I didn’t want to hike, but I did, however, want to pick every dandelion on the trail. My family eventually got tired of turning around to see me stopping to pick weeds, so Dad created a litter with his shirt and my parents’ two hiking sticks. They sat me in the middle of the litter surrounded by all the dandelions I had accumulated and carried me up the mountain yelling, ‘All hail the dandelion queen!’”

The local pastor continues his work to serve both the Lord and community, preferring to stay out of the spotlight despite his key impact in the lives of everyone who is lucky enough to know him.

Antibody cocktail could bridge the gap to a vaccine