Sign Up
Log In
Purchase a Subscription
You have permission to edit this article.
Edit
News
Sports
Obituaries
Lifestyles
Features
Education
Communities
Classifieds
Share This
1 of 5 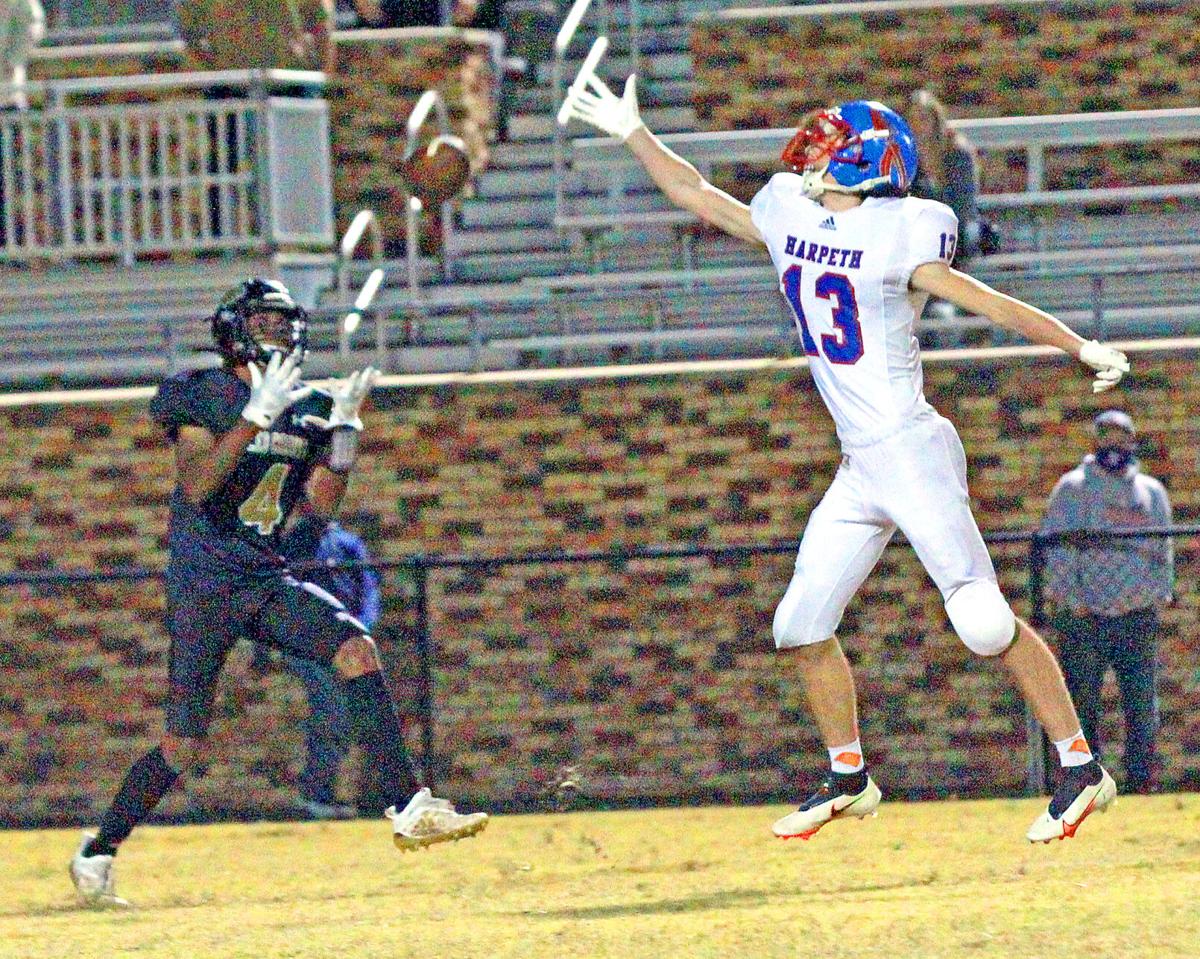 Receiver Jakari Randolph hauls in a deep pass from quarterback Eric Goodnight just over the outstretched arm of a Harpeth defensive back.   Mark Mize / Pulaski Citizen 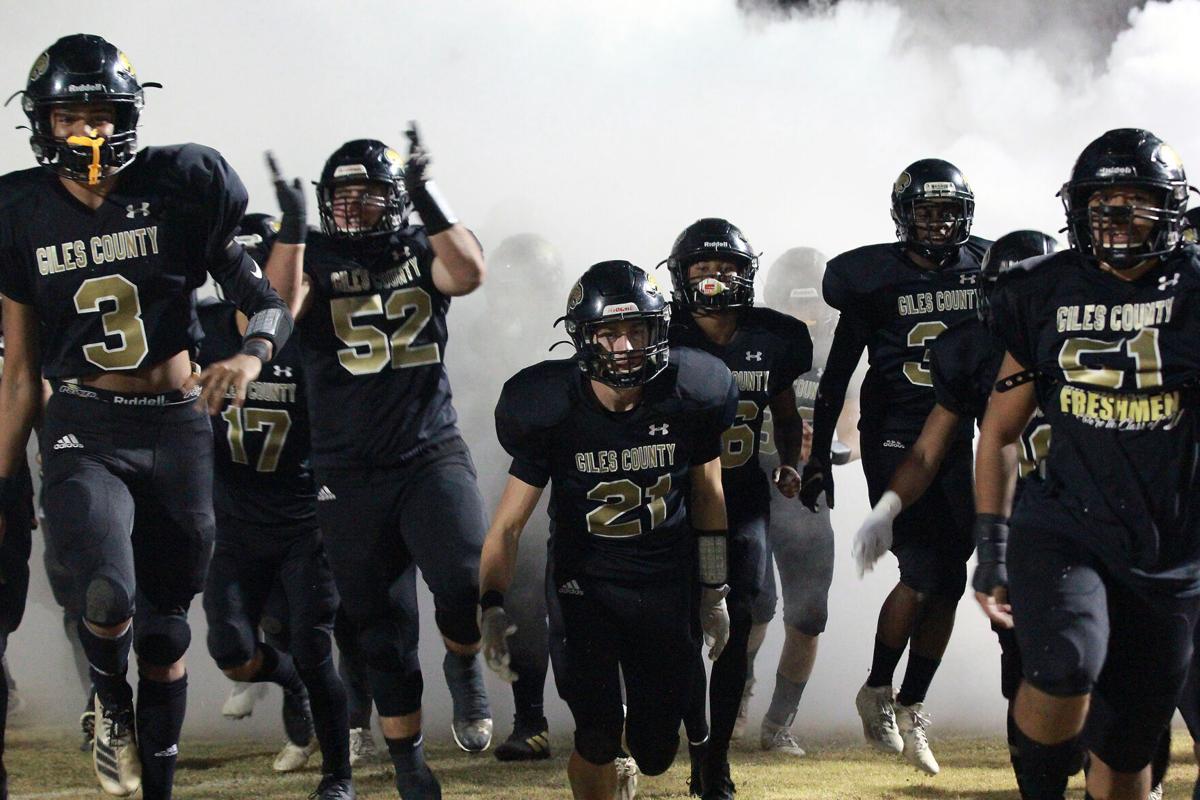 The Bobcats race onto the field and out to a 28-0 halftime lead over Harpeth in the first round of the Class 3A playoffs.   Mark Mize / Pulaski Citizen

The Bobcat defensive front wreaks havoc in the Harpeth backfield, allowing just 55 yards in the game and only one first down in the opening half.   Mark Mize / Pulaski Citizen 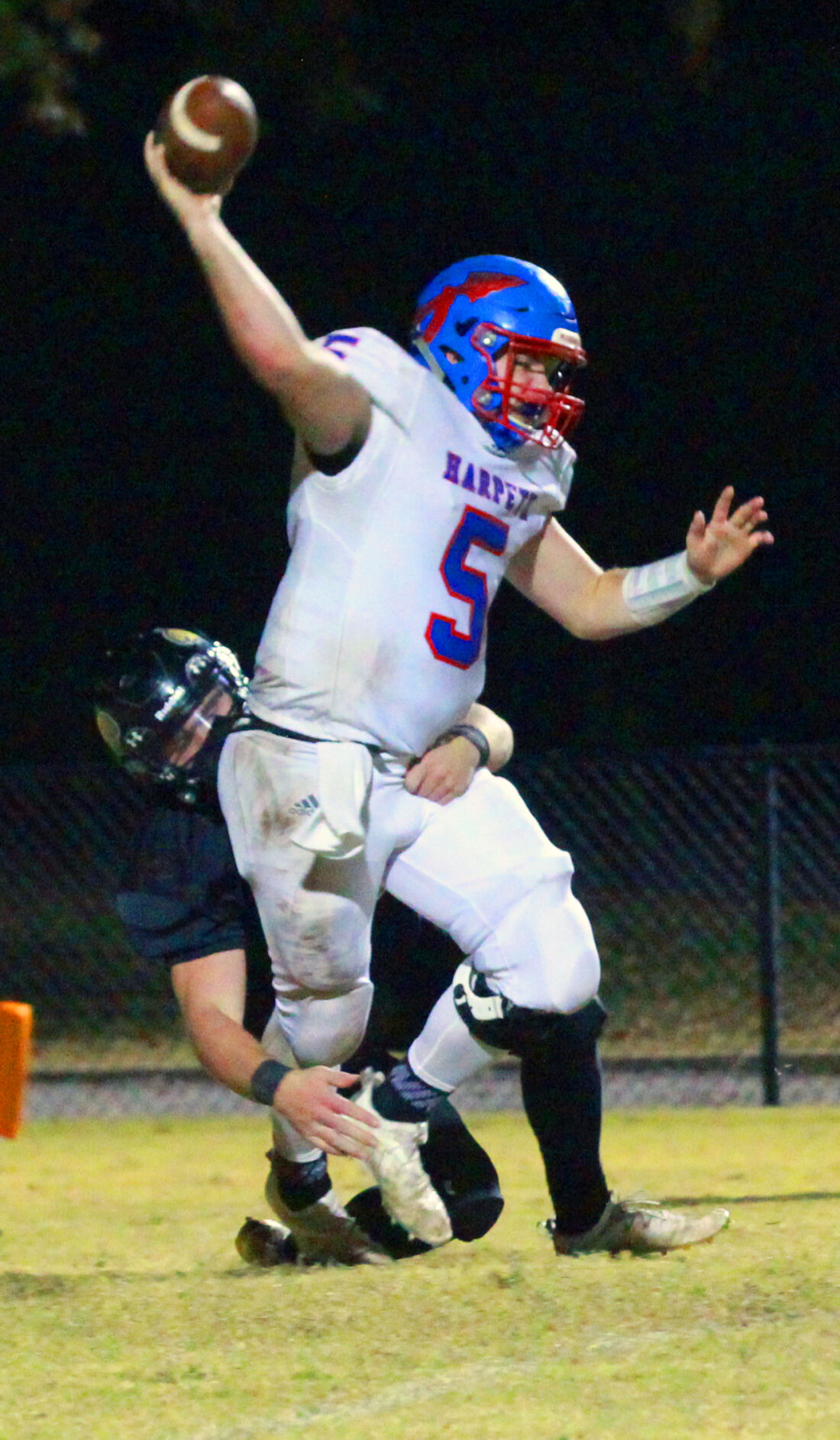 The Bobcats’ Alden Staggs wraps up the opposing quarterback just as he releases the football.   Mark Mize / Pulaski Citizen 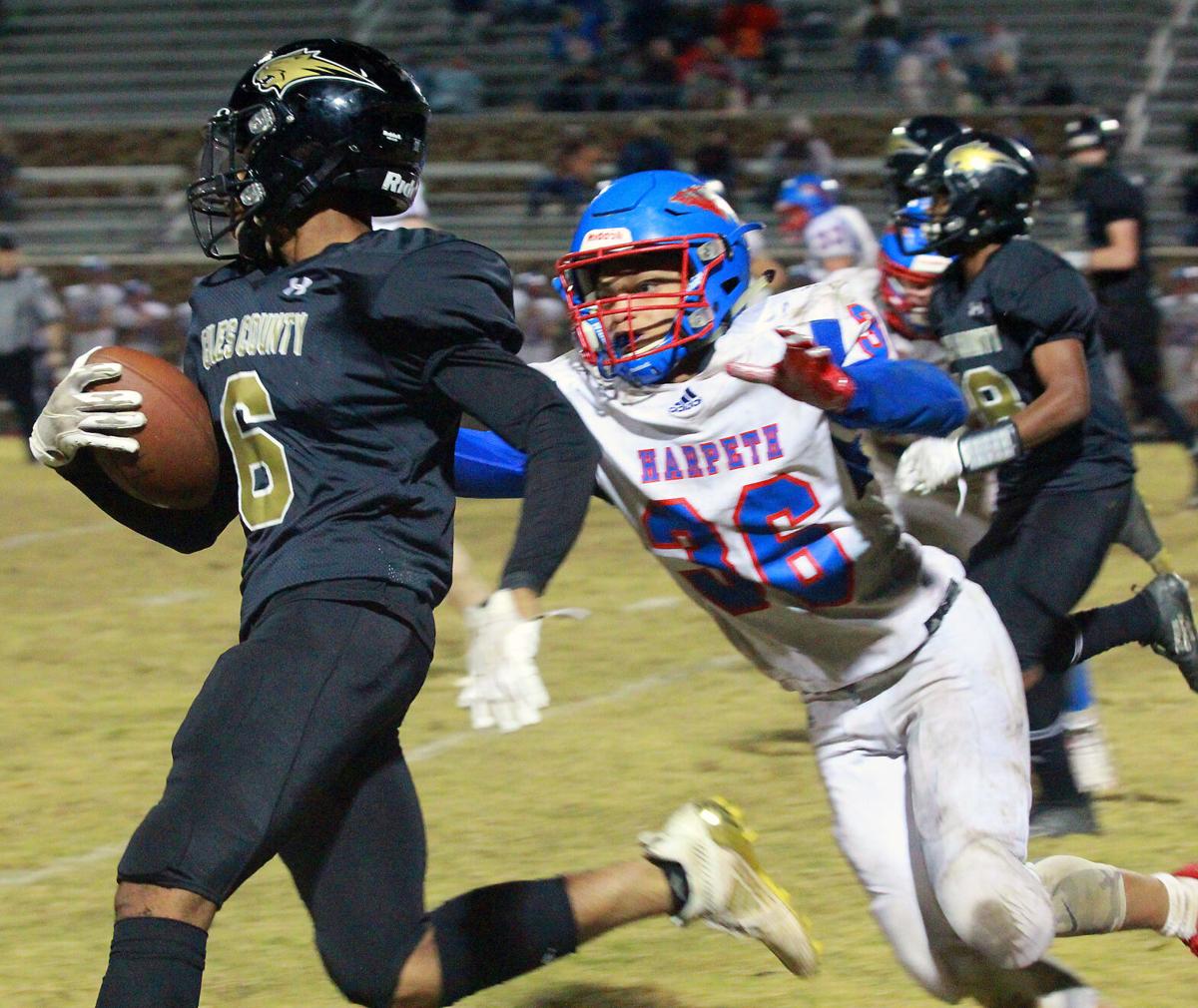 Giles County raced out to an early lead and never looked back in a 56-0 blowout victory in the opening round of the Class 3A Playoffs versus Harpeth.

The win pushed the Bobcats (6-7) to a second-straight trip to the second round and ensured a matchup versus Region 6-AAA champion Stewart County. The Rebels (9-1) vanquished Stratford, 33-29 in their opening-round playoff matchup.

Giles County ran away from Harpeth early, scoring on every drive in the first half before a lighting issue halted the game with 1:33 left in the second quarter.

The Bobcats opened the first half scoring on a two-yard run from junior Chaye McElroy, and pushed their lead to 10-0 thanks to a 31-yard field goal from Chase Cardin late in the period.

Junior quarterback Eric Goodnight split time with sophomore Riley Cardin and both impressed – but it was Goodnight’s 64-yard bomb to Jakari Randolph that pushed the Bobcat lead to 17-0.

X Randolph extended the lead on a three-yard scamper in the second quarter – with a two-point conversion pushing the edge to 25-0 for the Bobcats.

Cardin trotted on late in the second quarter for another field-goal attempt, which was converted from 30 yards out to put the Bobcats ahead, 28-0.

From there, the lights went out at Sam Davis Park – literally – as a power outage paused the game for nearly 30 minutes.

“We played so well in the first half, and we hate that the lights went out like they did,” Bobcats head coach David O’Connor said. “But sometimes weird things happen like that at high school football games. We certainly tip our cap to Harpeth for hanging in there and being a good opponent. They are a very well coached and disciplined football team.”The lights eventually – despite two tries – returned and the teams warmed up for the final moments of the first half.

A running clock in the second half occurred when the Bobcats put up a Cardin to Amarion Sizemore 62-yard passing score, as the lead ballooned to 35-0.

Giles County tacked on a score with a special teams touchdown from Tyrick Brown, to amplify the lead up to 42-0.

Goodnight added a second touchdown on a 48-yard busted play scramble, and then capped his night with a 65-yard toss to Jontez Pipkins that pushed the Bobcats lead to 56-0.

“I thought we got a tremendous effort across both sides of the football tonight,” O’Connor said. “Both quarterbacks played well, and our rushers ran well. But our defense was top-notch tonight to help us pick up this victory.”

With the win, the Bobcats travel to the aforementioned Stewart County, which won the Region 6-AAA Championship, and was the lone school from that region to advance to the second round.

“Stewart County is a good football team and that region plays hard,” O’Connor said. “We played a hard-fought game tonight and we will go back and get ready for another tough one next week. Going on the road is tough, but I like where this football team is headed.”