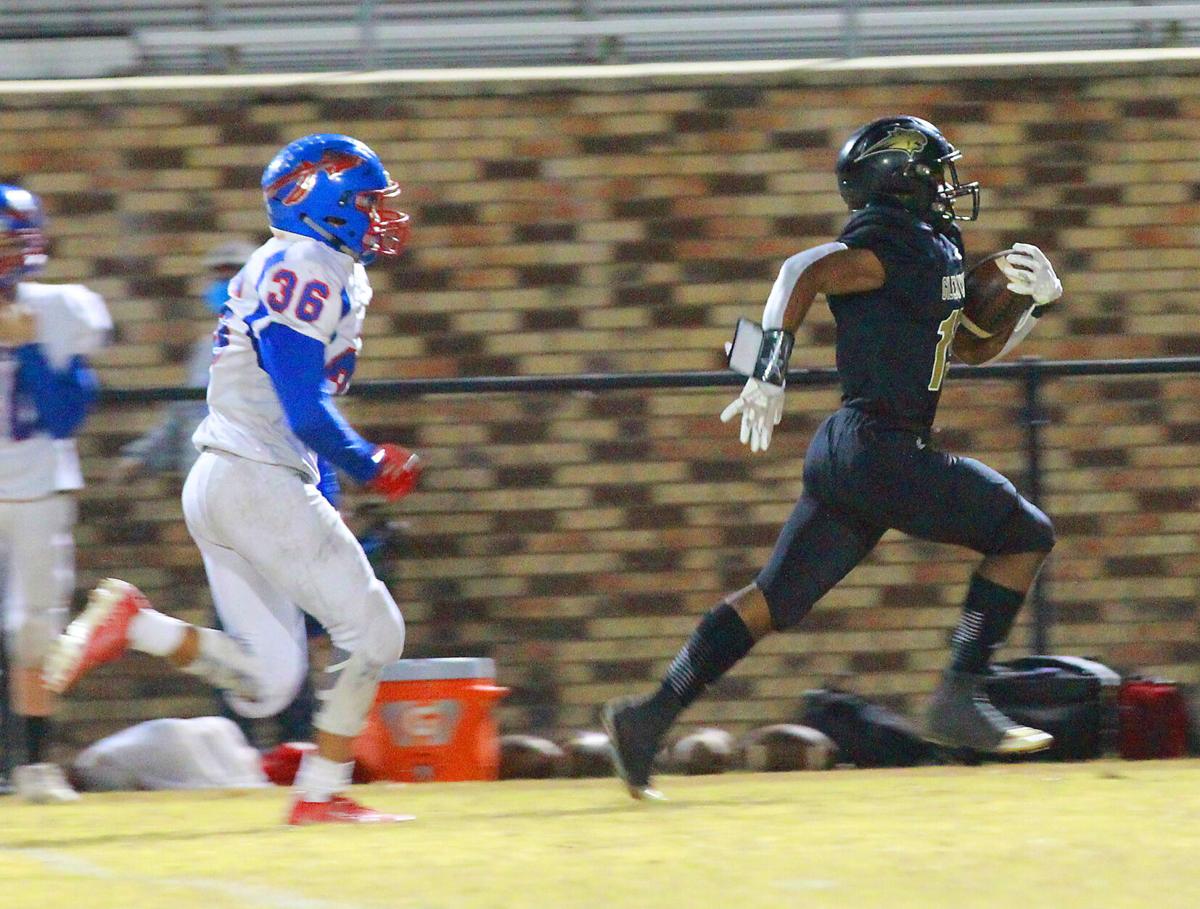 Chaye McElroy is off to the races as he outruns a Harpeth defender down the sideline in a first round playoff game two weeks ago.   Mark Mize / Pulaski Citizen 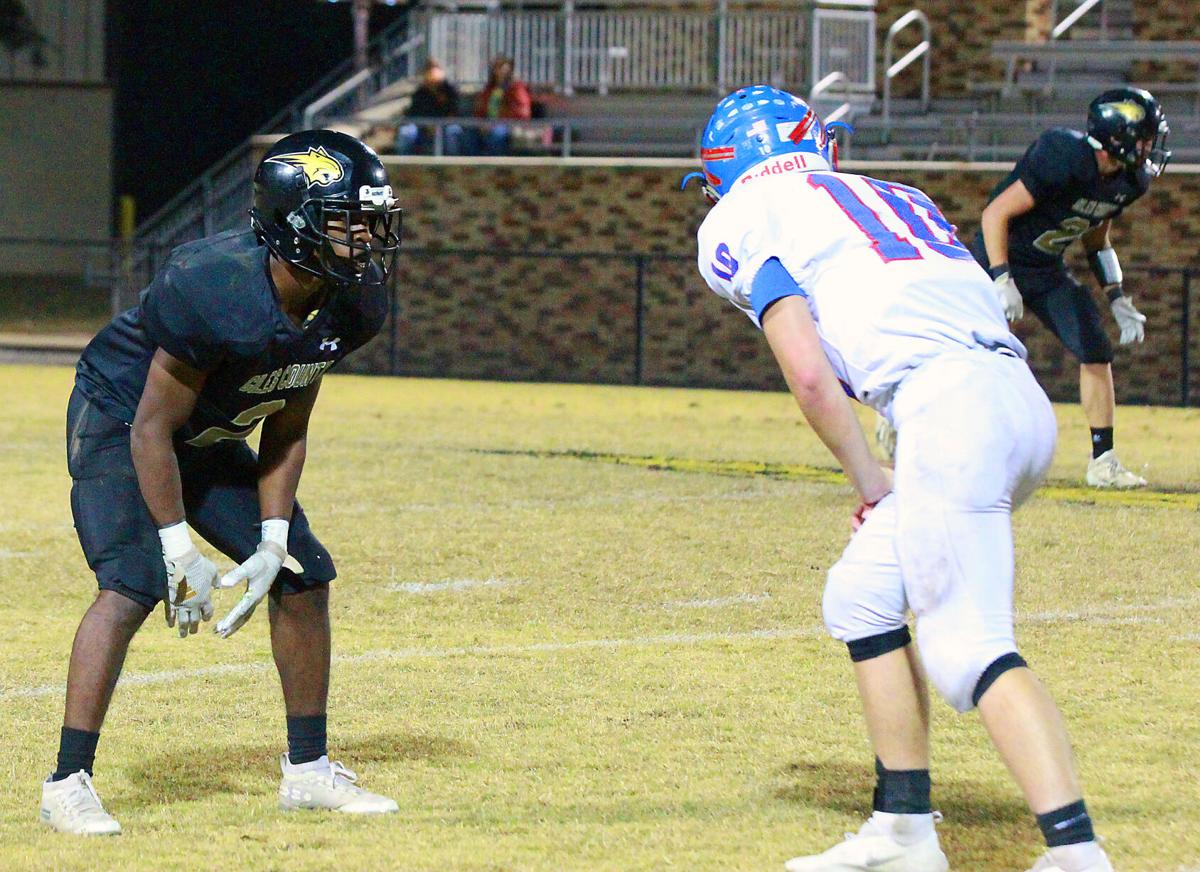 Tre Sandifer lines up at cornerback for the Bobcats in a dominant defensive performance Nov. 6 against Harpeth.   Mark Mize / Pulaski Citizen

Friday night, the Bobcats and the Bobcat faithful traveled to Dover to play the Stewart County Rebels.

The two schools were playing in the second round of the TSSAA Class 3A state playoffs for a chance to advance to the third round.

The game started with an 88-yard kickoff return by Stewart County.

The Cat offense sputtered on the opening drive, causing them to have to punt. Stewart County scored on its opening drive with a 31-yard touchdown pass.

The Cats trailed 14-0 early in the first quarter. However, on their next offensive possession the Bobcats moved the ball extremely well. They capped off that drive with a 42-yard touchdown pass from Riley Cardin to Amarion Sizemore.

The Bobcat defense also soon found their groove and forced a three-and-out for the Rebels.

The teams swapped ends of the field at the beginning of the second quarter, and on the first play from scrimmage, Cardin found one of his favorite targets Jayden Abernathy in the corner of the end zone. Abernathy went on to make a circus catch over the back of the defender. Chase Cardin made all of his extra points Friday and that brought the game to a deadlock at 14 all.

The Bobcat defense who were extremely hot coming into this matchup struggled to slow down the dual-threat quarterback Will Page of Stewart County. He led his team to three more touchdown drives.

Cardin never gave him any ground. Cardin found Sizemore again, and Chaye McElroy punched the ball in twice for the Cats. However, the Bobcats just didn’t have enough gas to get over the hill. They fell short, 35-28.

This game concluded the Bobcat’s season. Much thanks to all of the seniors, coaches, parents and community support on another successful Bobcat season. It’s always a great day to be a Bobcat.