Lawrence County’s Colton Moore attempts to tag a Post 19 baserunner. After sliding past the base, Moore appeared to tag the opposing player, but umpire ruled “safe” on the play.   Mark Mize / Pulaski Citizen 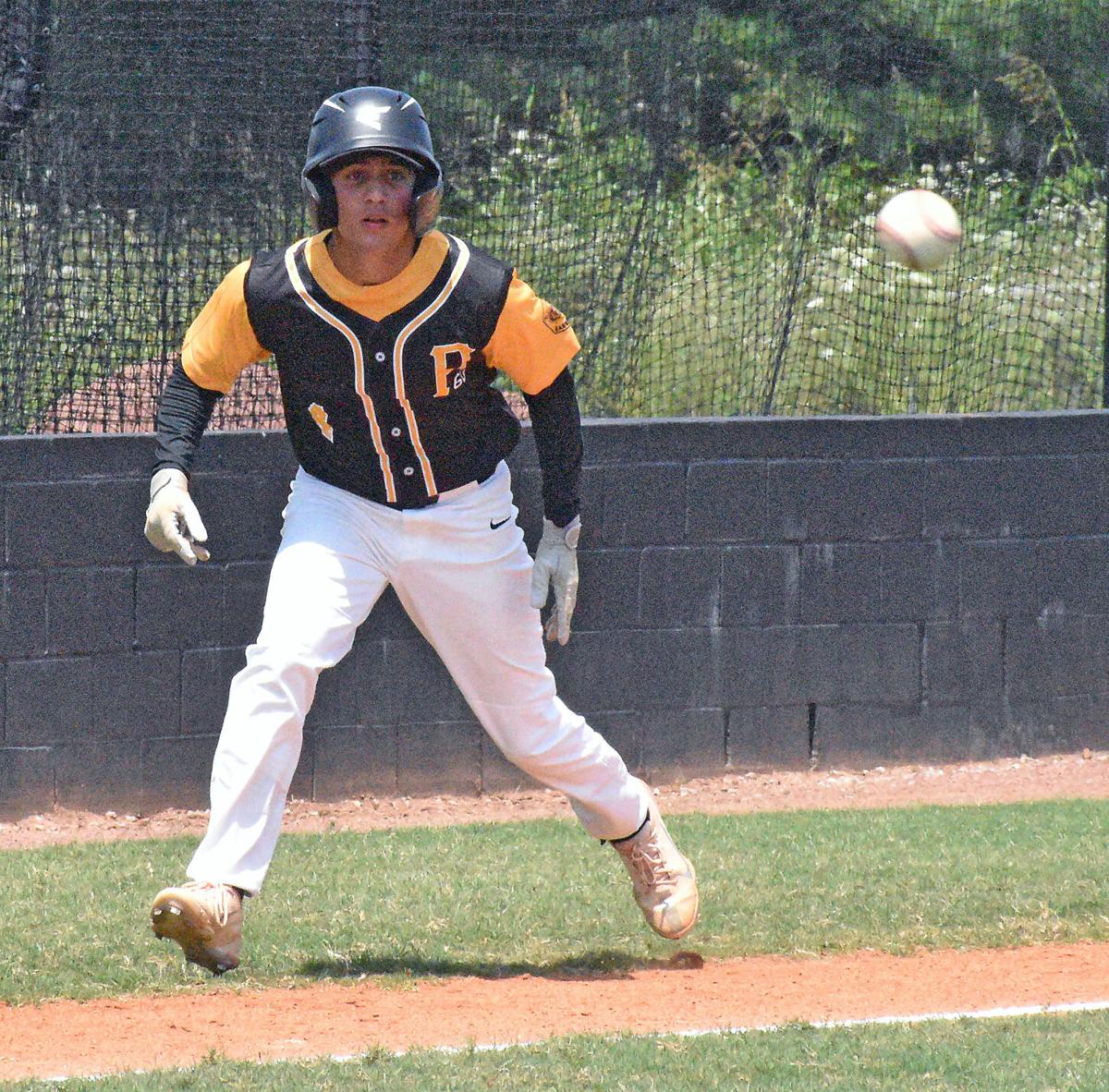 Herlan Duran increases his lead at third as he watches a pitch arrive at the plate.   Mark Mize / Pulaski Citizen 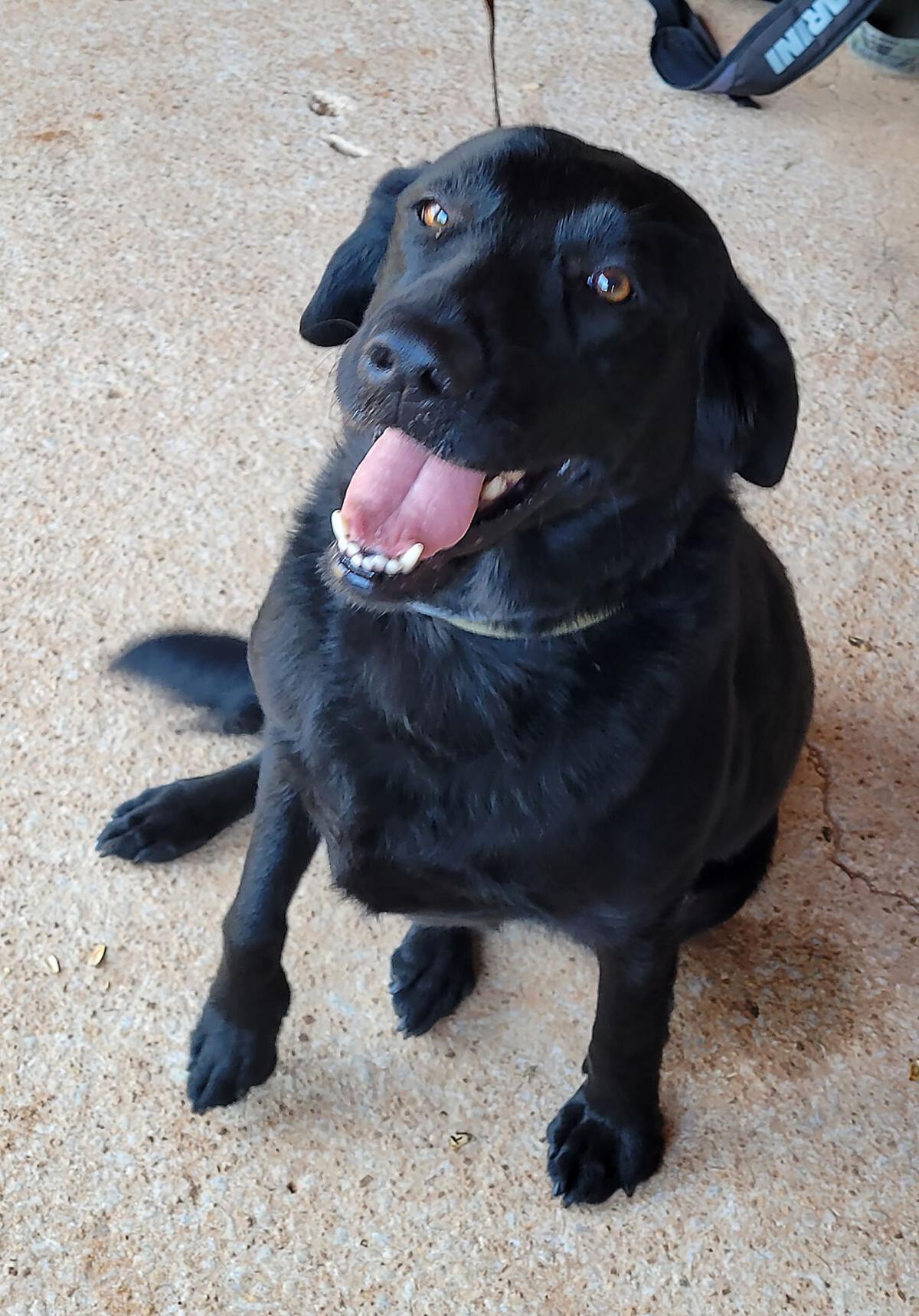 American Legion Post 60 competed in Columbia’s annual 4th of July Tournament, taking on some of the top legion teams in the nation while short staffed.

The local club was unable to pick up a victory but was competitive in each contest, giving several local players a chance to relive their glory days as the team pulled in ringers to fill out the roster. Post 60 was missing as many as six starters for one game of the tournament, leading to former Bobcat football player and Bethel signee Tra Bugg making his American Legion debut. Bugg, who had not played high school baseball, picked up an RBI against Columbia, while former Raider Devin Myles, who exceeded the 19U requirement, came in to pitch two innings without allowing an earned run against rival Post 19 as well.

Pulaski and Columbia are the only two teams in the state of Tennessee fielding senior teams this year. The two will meet for a five-game series at the end of this month to decide the state championship.

Pulaski took a 1-0 in the first, but a three-run fourth inning for Baldwyn helped the Mississippi club pull out a 6-3 victory in the opener Thursday.

Former Ardmore Tiger Hogan Whitt walked and came around to score in the first for the initial Post 60 advantage. After Baldwyn pulled ahead 2-1 in the second, Post 60 pulled even when Pulaski native G.W. Davis’ base hit led to a run.

Lawrence County’s Colton Moore walked and stole a base to provide the local team’s final run, but the rally fell three runs short in the loss.

Hogan Whitt’s big day at the plate accounted for all three of his team’s runs in a 12-3 loss to Tupelo as the Mississippi team posted the highest scoring effort Post 60 saw in the tournament.

The first of two Friday games for the Pulaski club, Tupelo scored in each of the first three innings to take a 9-2 advantage. Whitt launched a homer in the second and also walked and scored twice for a perfect day at the plate. 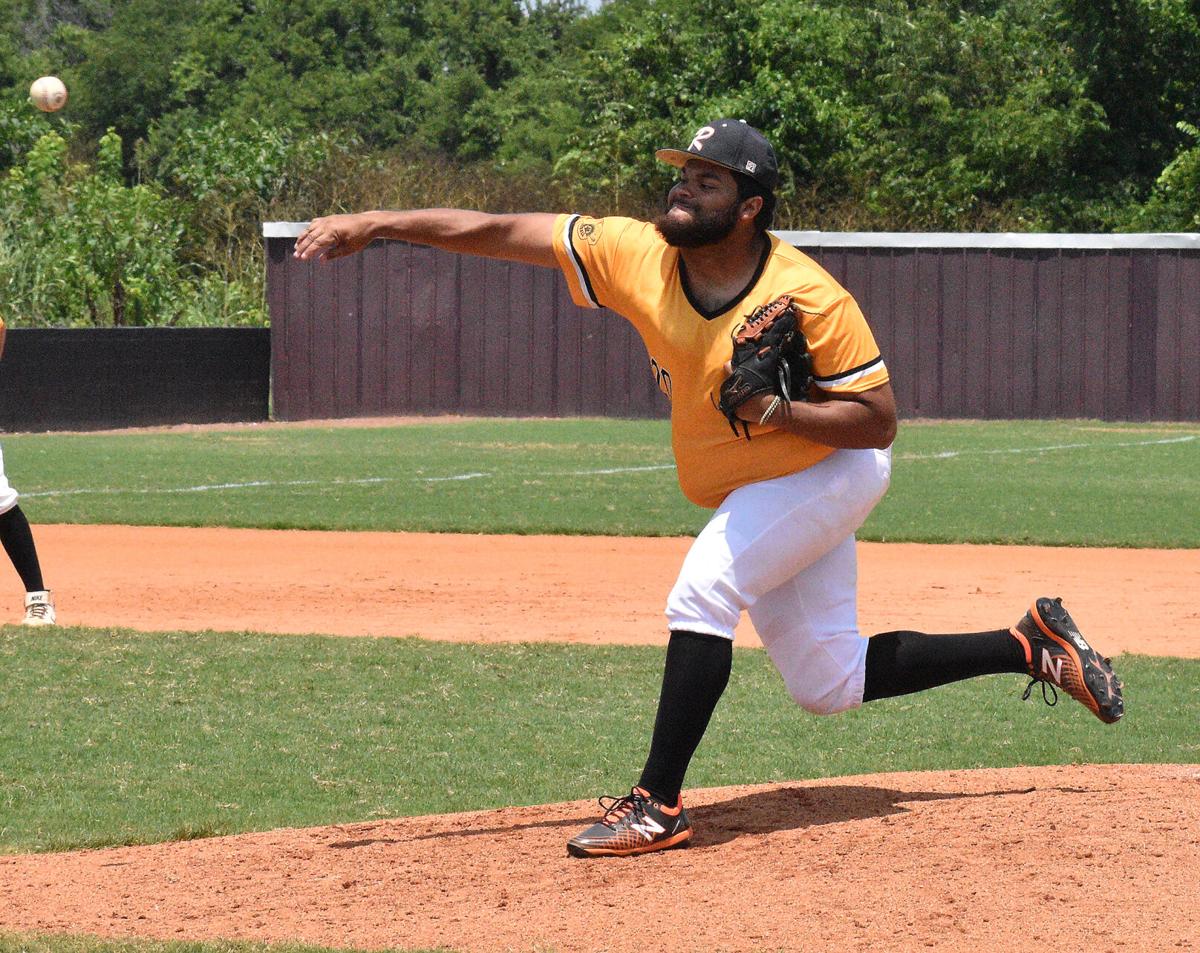 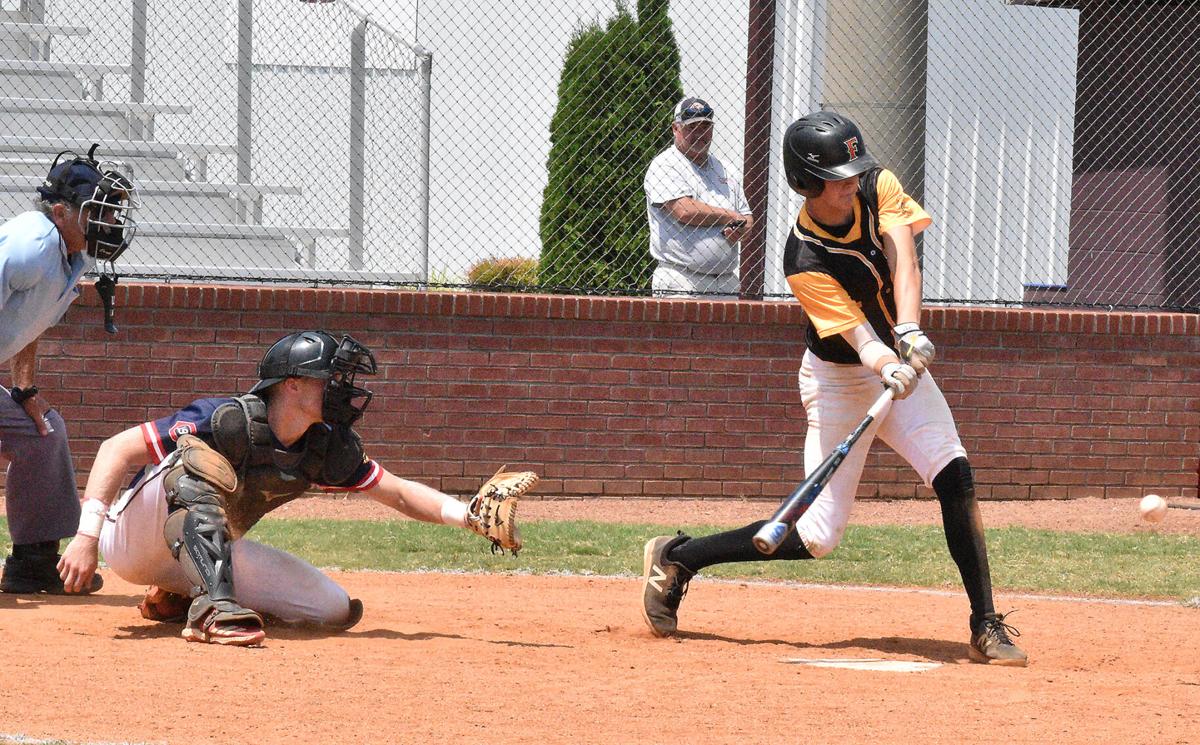 After falling behind 6-0, Post 60 scored six runs in the final three innings in its best offensive performance of the tournament Friday against Gonzalez, La.

Three-straight base hits by Jase Derryberry, Hogan Whitt and Herlan Duran led to a four-run fifth inning for Pulaski as all three came around to score. Duran singled and scored again in the sixth.

Columbia scored five runs in the bottom of the second to take control of the contest.

Devin Myles entered to pitch in the fourth and threw two innings, allowing only one unearned run.

Herlan Duran picked up a two-run single in the fifth as Pulaski pulled within 8-4 but came no closer.

NU not interested in underdog card as OU looms: 'What type of team would we be if we didn't believe?'

Nebraska-Oklahoma pregame observations: Could NU be closer to full strength vs. OU?