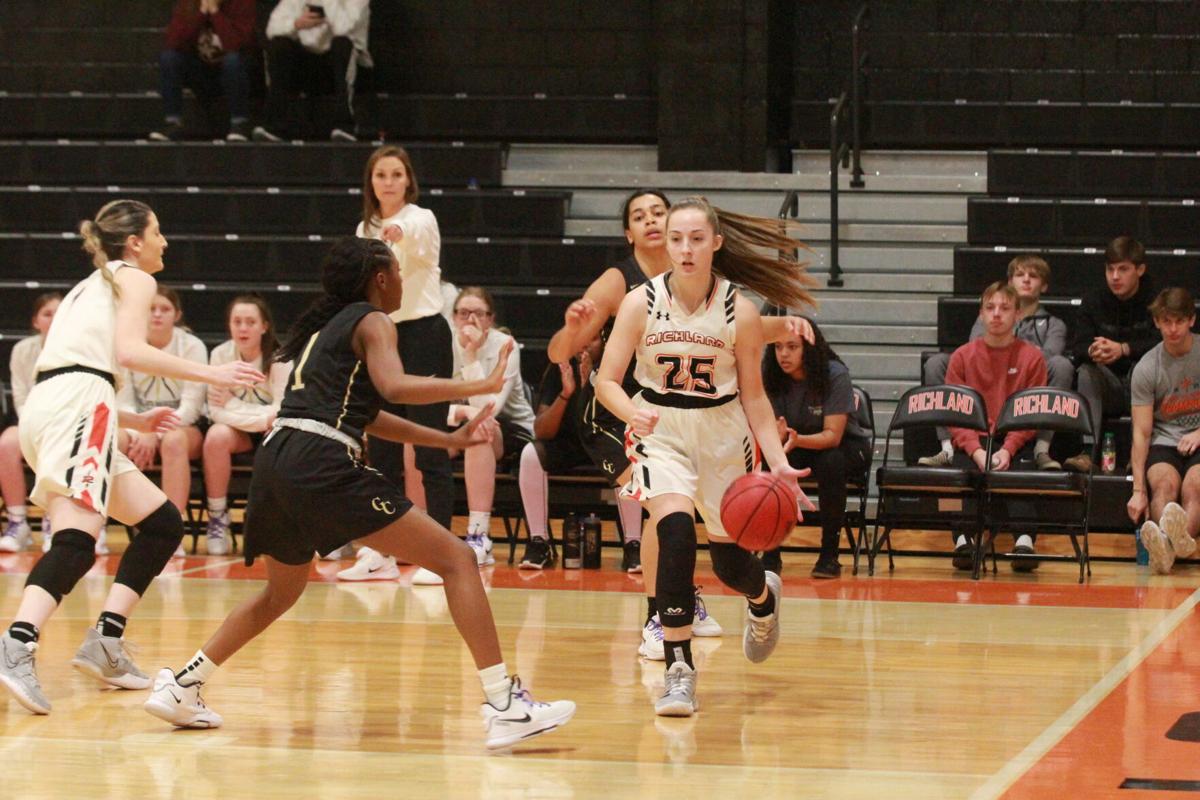 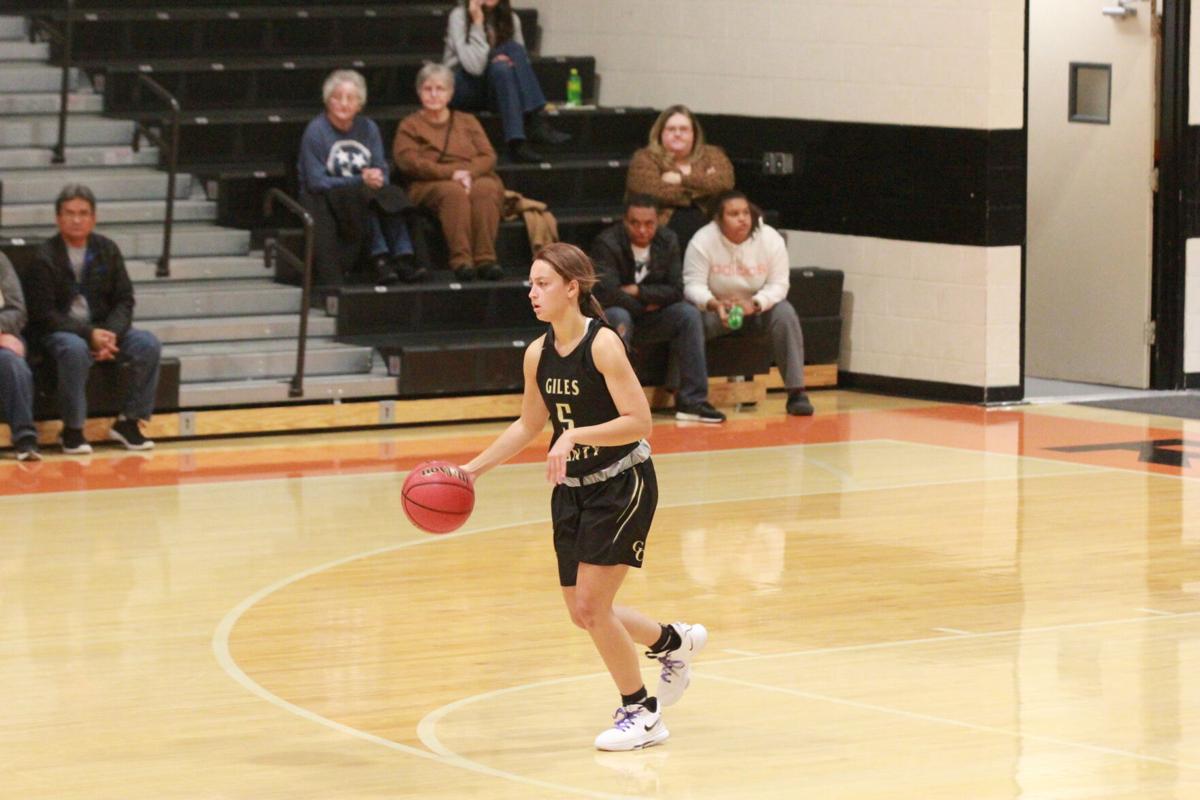 Gracie Braden dribbles into the frontcourt during the first half of Richland's win versus Giles County last Saturday.   Wade Neely / Pulaski Citizen

The Richland girls basketball team led comfortably for much of the afternoon en route to a 59-40 win versus Giles County in the Richland Hall of Fame Classic Saturday afternoon.

Playing for just the fifth time in the last 20 years, the Lady Raiders (2-1) and Lady Bobcats (1-2) battled in the final girls game of the day inside Dwight Clark Gymnasium.

The Lady Raiders seized the momentum early, outscoring the Lady Bobcats 29-22 in the first half before ballooning their lead to double digits in the third and fourth quarters.

Richland junior Katie Garner led all scorers, pouring in 18 points on a 7-of-13 shooting night. Garner connected on a team-high four 3-pointers, with Richland swishing home 9-of-21 attempts from downtown.

Garner also led the Lady Raiders with six rebounds, five of which came on the defensive end.

Freshman guard Shelby Higgins flanked Garner in the scoring column, putting in 13 points on a 4-of-8 shooting night. Higgins added four steals and two blocks in the win.

Gracie Braden also played a key role for the Lady Raiders, scoring 12 points in the victory. The junior handed out three assists and notched two steals in the complete effort at the point guard position.

Ari Howard and Amya Coffey led the Lady Bobcats with eight points each in the loss. Howard scored six of her eight at the free-throw line, swishing home all six attempts she took.

Maddie White and Kiya Gibson finished with seven points apiece. White flirted with a double-double on the night after leading the team with eight rebounds.

As a team, the Bobcats were an icy-cold 27 percent from the floor on 13-of-48 field goal attempts.

Behind an explosive effort from freshman Shelby Higgins, Richland knocked off Spring Hill in its first ballgame of the day, 65-50.

Richland opened Saturday’s six-game classic with a 15-point victory versus a Class 3A foe.

Higgins led the Lady Raiders with 29 points on an 11-of-24 shooting effort. Higgins connected on 6-of-15 shots from downtown in the scoring outburst.

Junior guard Gracie Braden added 13 points with four field goals and a tidy 5-of-6 effort at the free-throw line.

Richland returns to action Tuesday, Nov. 23, when it travels to Community. Tipoff is set for 6 p.m. in Unionville.

The Lady Bobcats led 22-9 at the end of the first quarter and 32-27 at halftime. The third quarter saw the Bobcats outscore the Raiders by a 9-2 margin and build their lead to 41-29.

With its younger lineup in for much of the fourth quarter, the Lady Bobcats were outscored 17-12 in the final quarter, but held on for the 53-46 win.

Maddie White and Ari Howard finished in double-figures, led by White’s 15 points. White was efficient in both halves, scoring seven points in the first half and adding eight in the second.

Howard racked up eight points in the first quarter before finishing the game with 12. The senior was 6-of-9 at the free-throw line in the win.

Amya Coffey and Kataiah Dudley finished with seven and six points, respectively, in the win.