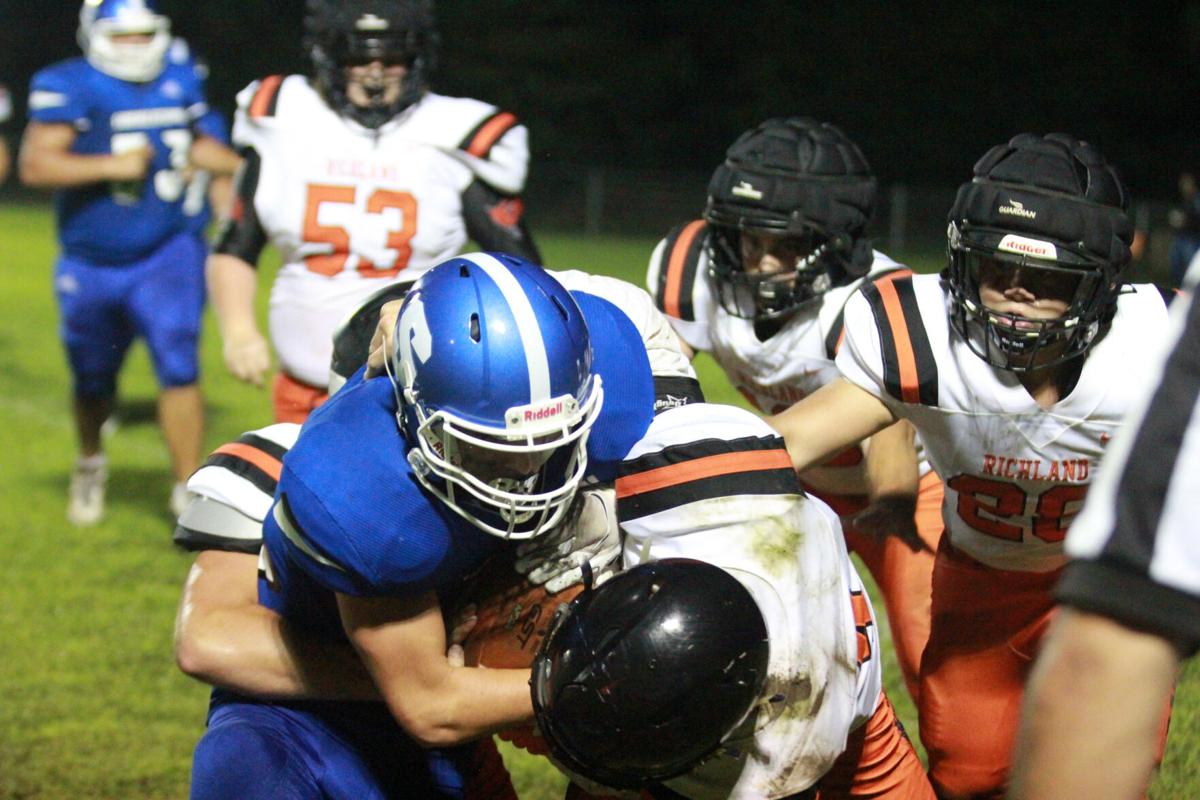 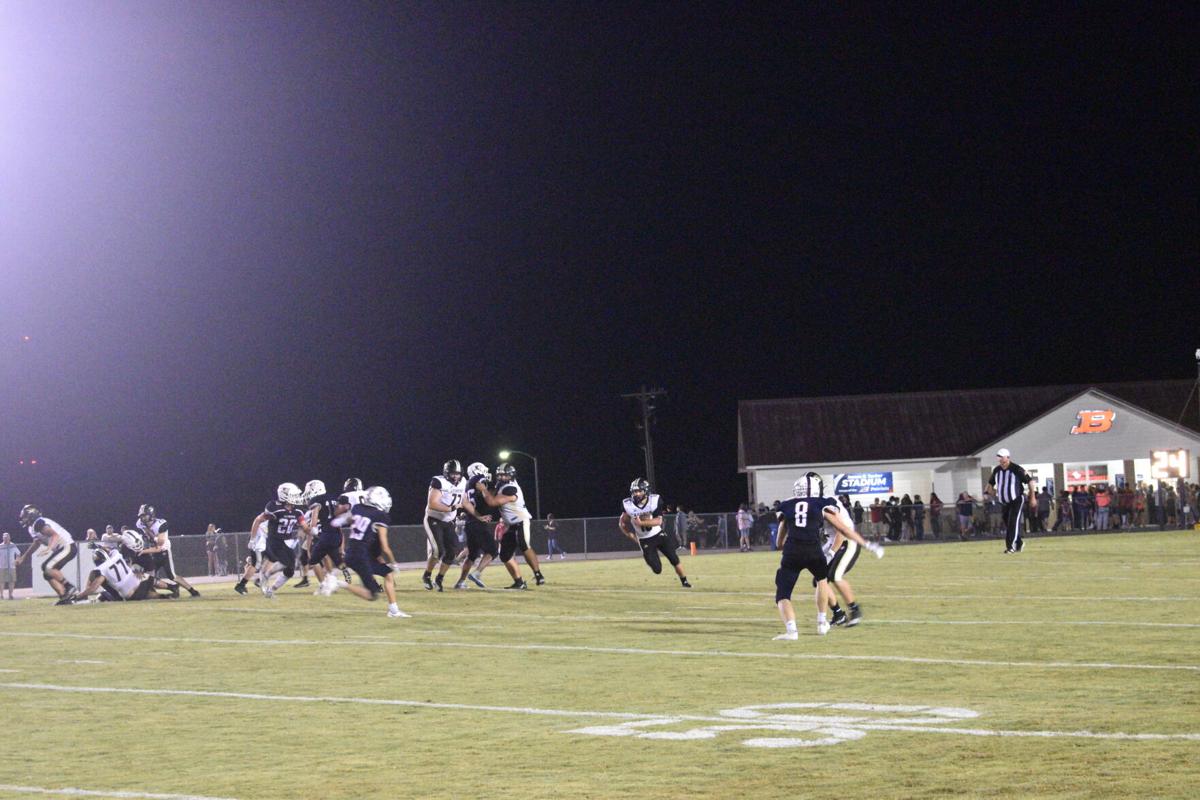 The Ardmore Tigers put their undefeated record on the line this Friday when they travel to Lawrence County.   Wade Neely / Pulaski Citizen

Giles County returns to action Friday after its Week 3 contest versus Grundy County was canceled due to COVID-19 complications with the visitors.   Jamie Bedingfield / GCHS

After a week off, Giles County returns to action tonight in a non-region showdown versus Class 5A ballclub Franklin County.

The Bobcats did not physically take the field last Friday, but picked up a win as Grundy County was forced to cancel due to COVID-19 complications.

The win improved the Bobcats to 3-0 for the first time since 2012, and gave Giles County its first region win of the season.

The Bobcats return to action versus the Rebels -- a squad that suffered a 33-9 defeat at Columbia Central last Friday.

Giles County figures to rely on senior running back Chaye McElroy, who ran for a career-high 222 yards in the Bobcats Week 2 win versus Nolensville. McElroy has ran the ball 35 times for 287 yards and five touchdowns in the Bobcats first two games this season.

Sophomore quarterback Kamauri Turner has completed 8-of-12 passes for 68 yards, but has rushed 29 times for a team-high 288 yards.

Na'zaiyah Holman had the lone touchdown for the Rebels on a three-yard rush in the second quarter.

Tonight’s ballgame marks the third meeting in the last five seasons between the two teams.The Bobcats defeated the Rebels, 42-14, in their lone trip to Sam Davis Park back on Sept. 22, 2017.

After a heartbreaking region loss last Friday, Richland will welcome Hickman County to the Wayne Hobbs Memorial Stadium tonight for its home opener.

The Raiders will make their home debut after suffering two road defeats to start the season, including last week’s last-minute 15-10 loss at Summertown. The Bulldogs enter tonight’s ballgame after being blanked 37-0 in their region opener last Friday versus Decatur County Riverside.

After being held to just seven points in the season opener, Richland’s offense began to find its stride last Friday, posting 256 yards of total offense and notching the club’s first offensive touchdown of the season. Running back Tyler Seals scored in the second quarter on a two-yard effort.

If the first two ballgames are any indication, the Raider offense will go as junior quarterback Bryce Miller and senior rusher Sam Edwards go.

Last Friday, Miller completed 14-of-25 passes for 164 yards, while Edwards added 83 yards of total offense as a rusher and receiver.

Hickman County’s offense, meanwhile, relies on the arm and legs of senior quarterback Rodqalis Dansby. In the Bulldogs first three games, Dansby passed for 349 yards and four touchdowns, and rushed for 226 yards and four more scores.

The meeting marks the first in over a decade between the two schools, with the Bulldogs picking up a 35-0 home victory on Halloween night in 2008.

Kickoff is set for 7 p.m. at Wayne Hobbs Memorial Stadium.

Ardmore will put its undefeated record on the line tonight when it travels to region rival Lawrence County.

Ardmore comes into tonight’s game on a three-game winning streak to start the season under new head coach Johnathan Snider. Included in those three wins was last week’s come-from-behind 34-14 victory for the Tigers at Brewer to pick up their first region win of the year.

With their workhorse back Thomas Colston injured, Ardmore turned to fellow junior Justin Coverdale, who reeled off 143 yards rushing and four touchdowns.

The Ardmore defense continued to be resilient, giving up two first quarter touchdowns but holding the Patriots scoreless for the remainder of the game.

In all three games this season, Ardmore has fallen behind early but stuck to their physical style of play, tough defense and relentless ground game to storm back to wins over Tanner (49-6), Elkmont (33-13) and Brewer (34-14).

Gone from this year’s Lawrence County team is quarterback Brody Sparks, who proved hard to stop for the Ardmore defense last year. Thus far, the Lawrence County offense has struggled, scoring just one touchdown and nine total points in their two games — a 40-2 loss against Hazel Green and a 14-7 loss versus West Point.

The Red Devils will be hosting their third straight home game tonight, which will also be their first Region 8-5A matchup of the season.

Kickoff in tonight’s ballgame is set for 7 p.m. in Moulton, Ala.