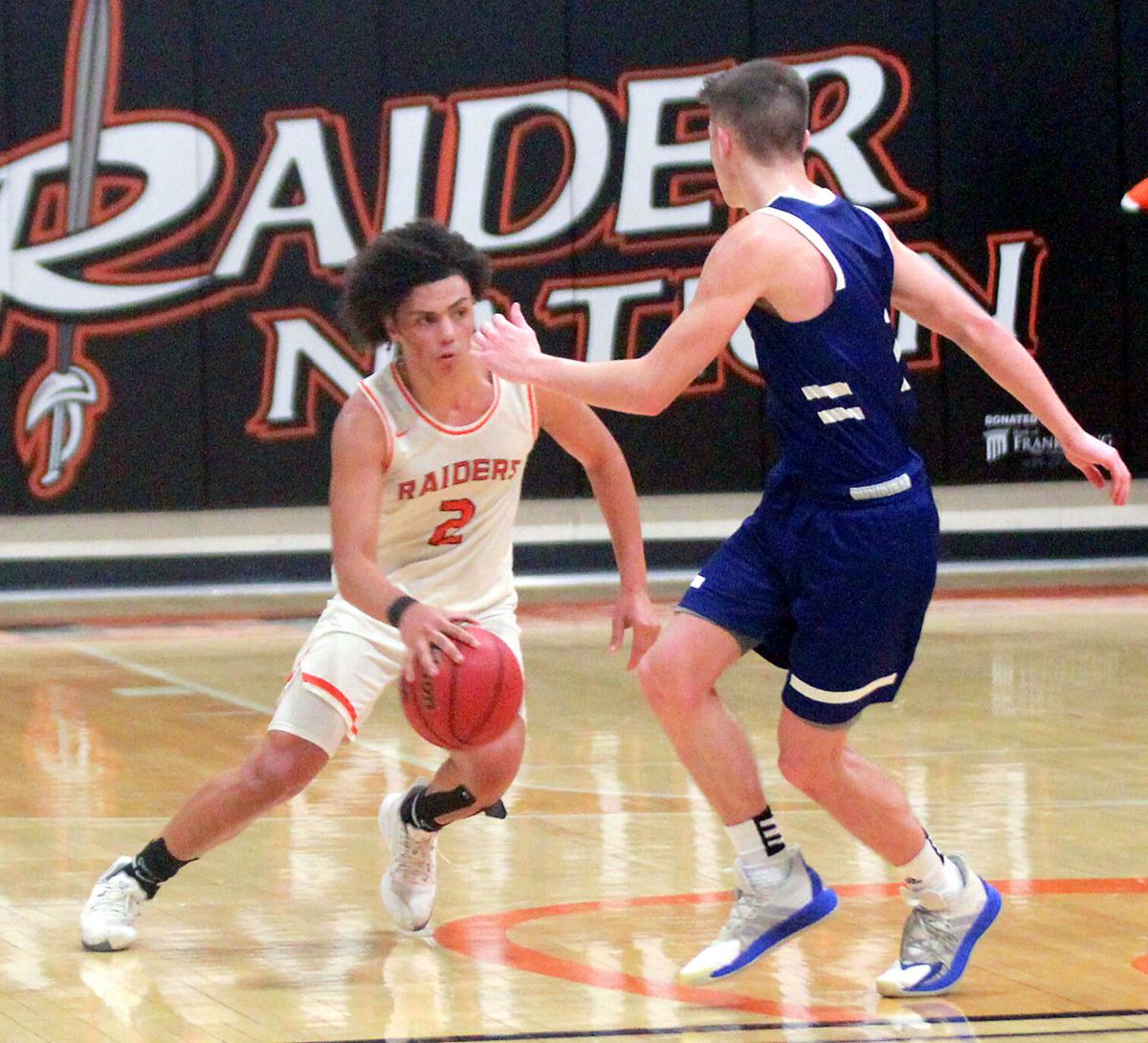 Tyrell Randolph fakes one direction before making a hard cut to beat his defender in the back court.   Mark Mize / Pulaski Citizen 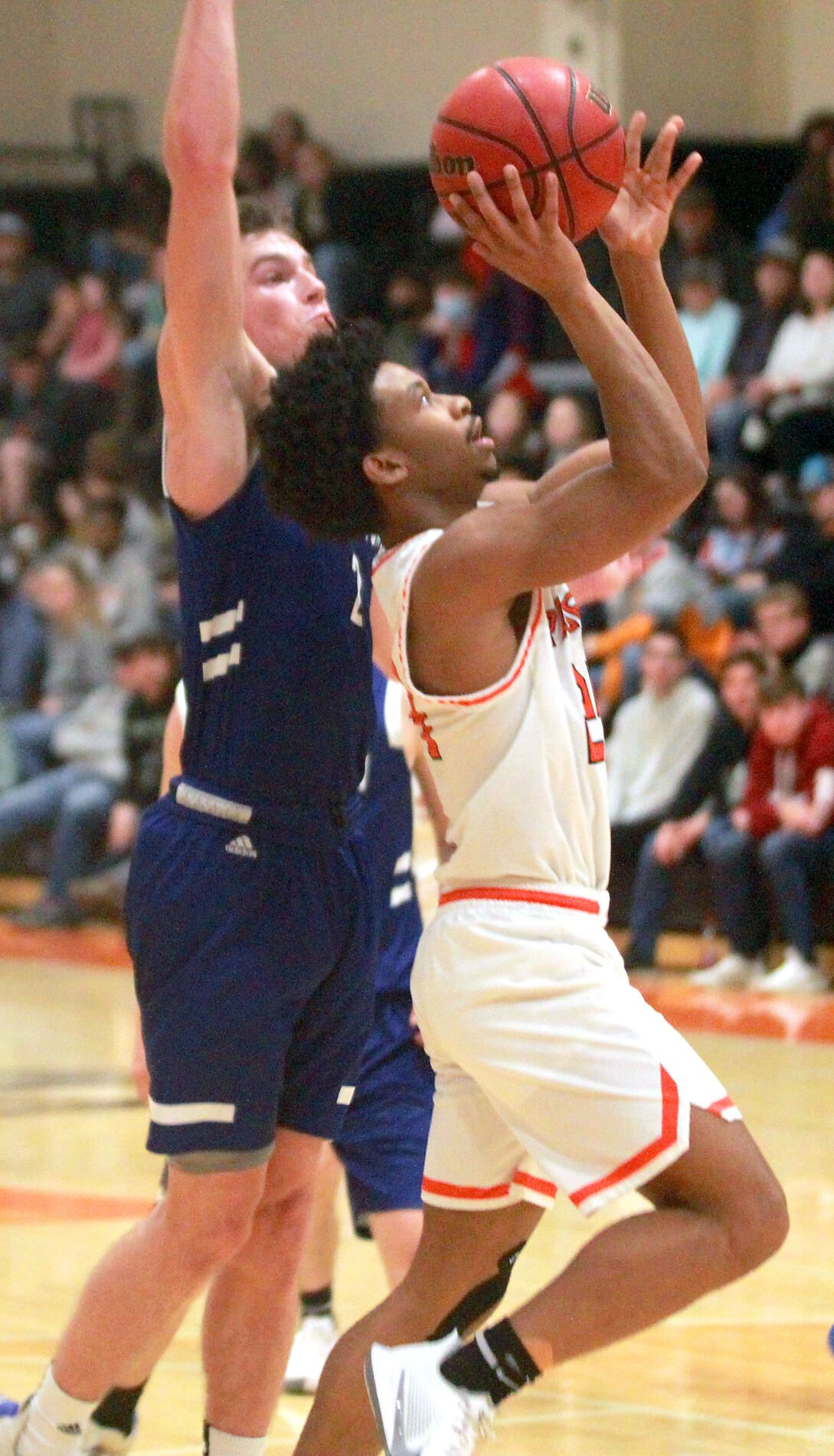 Daniel Nicholson glides to the basket for two of his 23 points. The senior was one of three players to score 20-plus in Thursday’s home win.   Mark Mize / Pulaski Citizen

The Raiders capped the season by nearly scoring triple figures in a highly anticipated matchup against No. 6 Summertown Thursday at Dwight Clark Gymnasium.

RHS could practically not miss from the field for much of the contest, knocking down 34 shots including nine 3-pointers and a 7-of-12 performance from the free throw stripe.

Hustle plays early on led to a 30-point first quarter for RHS. Trey Luna stole the ball and went coast-to-coast for an early score before Daniel Nicholson grabbed one of his three first quarter offensive rebounds for a putback to lead 6-2 after two minutes. Richland led 10-6 when the long-range shooting barage began with a corner 3 from Nicholson. Logan Helton capped the opening frame with another corner 3 just before the buzzer to take a 30-12 lead after one.

While the Raiders may have experienced their best offensive performance in a decade, the team’s interior defense was still suspect at times. The Eagles scored nearly all of their baskets inside the paint with several shots going virtually uncontested. One bright note, the Raiders did not commit many fouls in a game in which the referees allowed some contact.

The Raiders began to slow things down in the third quarter, forcing Summertown to double team on the perimeter, which led to some RHS turnovers but also several uncontested baskets when the half court press was beaten.

After scoring just 13 points in the third period, Richland picked up the pace once again in the fourth, scoring 31 points to finish just a point shy of the 100 mark.

Jase Derryberry scored seven quick points off the bench in the fourth quarter, and Carter Edwards knocked down a 3-pointer to bring the tally to 97. A power move by Kolton Hood netted a basket and the foul before a missed free throw left the score at 99.

On the final possession, RHS coach Jason Loveless called for his team to hold the ball rather than attempt another basket.

Helton led all scorers with 25 points including four shots from downtown. Nicholson added 23 points. Luna chipped in 21, marking the first time the trio have all eclipsed 20 points in one night.

The top-seeded Raiders are initially scheduled to host the winner of Mt. Pleasant and Hampshire Friday in the first round of the District 10-A Tournament after the two teams met in a play in game yesterday (Tuesday). RHS automatically earned a trip to the region tournament with its first round bye.